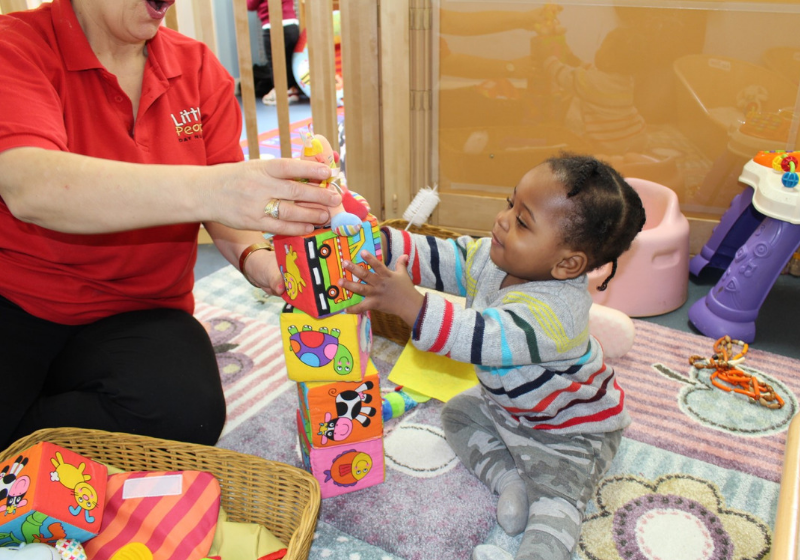 This is an EYFS course that outlines the interrelationships of physical, emotional and cognitive factors in a child’s early development, and considers the early years practitioners role in supporting young children’s secure attachment, learning and development. The theory of how children learn, we feel, is useful for parents and carers to understand, so thought we would share some of what is taught in the course.

At birth the brain has all the 12 billion nerve cells it will ever have, however, during early development, connections or pathways form between the cells called synapses these connections that form make up the mental process known as learning.

Millions of these connections form during the early years, some of which will be pruned off through not being used, while others will develop in more complex ways by being used frequently.

Babies and young children learn about similarities through having repeated familiar experiences, which allow them to form patterns, or templates of understanding. From this, babies are then able to predict outcomes and generalise. This is why 'cause and effect ' toys and games are so popular with young children and why they like to hear the same story or song repeated again and again. It is also why they do not like changes to familiar routines.

Repetition strengthens memory and the brain shapes the changes, but negative experiences, including poor adult responses to the child, will slow down brain growth and lay patterns of negative behaviours that may embed and emerge later on in the child's life.

Some of the connections that are made become "hardwired" into the brain - such as walking. Once this is learned, the processes are laid down forever with no need to be thought about again. Some pathways become obsolete and die out. For example, babies will lose the ability to distinguish a full range of language sounds from six months as their brains start to fine tune to the sounds of their own language.

During the first few years of life, the formation of synapses is rapid and peaks at three or four-years-old. New information and experiences build on old ones and new brain cells are formed. Repetition and familiarity allow mental pictures or representations to build up that are then bound to memory. Many of these also become embedded in emotion and shaped by meaning before finally being filed in the brain, available for recall. Sensory triggers, as well as cognitive triggers can awaken these representations as memories that are connected to emotions.

From this we learn, as stated in the article, the role of the people around each child is critical, as they determine the child's day-to-day experiences and the connections they will make. This is why we, as an early years education and care providers, ensure we provide an experience rich in stimulation, love, care and play to help the build these connections and learn in an environment they feel secure in.